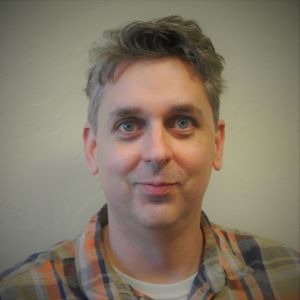 Dave Delawder grew up in Tucson, and attended the U of A for geological engineering, which he eventually left behind.  He also studied poetry and writing, became a certified EMT, and then took a detour into the entertainment industry, where he rose through the ranks to become a record store manager, in which role he was assigned to help “problem stores” in California, Arizona and New Mexico become profitable again.  He did this by re-training staff, and eventually launching store managers to move to other cities and do what he was doing, rescuing problem stores of their own.  He then began overseeing 6 stores in New Mexico after he was promoted again to District Manager.

Dave returned to Tucson where he experienced the human services and behavioral health systems as a service recipient, benefiting from “some good work by some good staff,” but overall realizing that it was “a system which needed a good bit of self-help.”It occurred to him that he might be able transfer some of his “business” skills to human services settings, and he set out to earn his CRSS, which he obtained in 2009.He worked as a Recovery Support  Specialistat La Frontera, and then started working at the U of A Health and Wellness Center (Camp Wellness) in September of 2009.

Dave developed a vocational preparation curriculum for Camp Wellness, teaching most of its classes along with his other Health Mentor responsibilities.  These included not only teaching health classes, but also marketing the Camp Wellness program throughout Tucson’s behavioral health community.  In addition, he supervised the growing number of volunteers at Camp Wellness developing and overseeing a formal Volunteer Program.

In mid-2014 Dave joined the National Alliance on Mental Illness Southern Arizona (NAMISA) as the Program Director of all education, support and advocacy NAMISA provides to the Tucson community.  This is where Dave aligned all of the NAMI National signature programs into billable Medicaid services to enhance NAMI Southern Arizona’s ability to serve more people while diversifying funding streams.  He also compiled and developed an AZ State Certified Peer Support Specialist curriculum enhancing the Peer to Peer Mentor curriculum of NAMI National.

In January of 2016 Dave accepted the position of Instruction Specialist, Sr. at the University of Arizona’s College of Family and Community Medicine Integrated Healthcare Recovery Support Specialist Institute-Workforce Development Program.  He also was elected to the NAMI Southern Arizona Board of Directors in early 2016 where he advocates on the public policy committee.

Dave says that one of his greatest pleasures—along with photography and music—is helping others discover their strengths, negotiate successfully the complex human services system, and move forward on their own recovery journey. 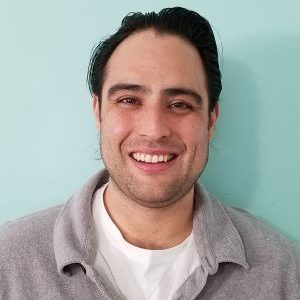 Matt Pate, LMSW, is Program Manager - INVEST with Pima County Behavioral Health and has professional experience in the fields of mental health, substance use and housing. In his current position with the Pima County Administrator’s Criminal Justice Reform Unit, he serves as the Program Manager for the Housing First, Permanent Supportive Housing Pilot Project.This project aims to provide permanent supportive housing to persons experiencing a mental health and/or substance use condition with multiple jail bookings in the previous 12 months. In his previous position with the City of Tucson’s Ward 5 Council Office, he collaborated in the creation and implementation of the Tucson Homeless Coalition, Tucson Homeless Work Program, and Tucson Change Movement, which were recognized at the 13th Annual Metropolitan Pima Alliance Common Ground Awards Ceremony. Matt has worked in community behavioral health and has experience in case management, title-36 care coordination, housing program administration, program management and social security applications/appeals.

Matt has served on the MacArthur Foundation Safety and Justice Community Collaborative, working to reduce the jail bed census and improve care for persons experiencing mental health issues. He is a current board member for the National Alliance on Mental illness of Southern Arizona. In 2017, Matt received the “40 Under 40” award presented by the Tucson Hispanic Chamber of Commerce, and his accomplishments in the field of social work have also been recognized through the receipt of the Gabe Zimmerman Memorial Scholarship, FBI Community Service Award, and LULAC Silver Award. Matt received a Bachelor’s Degree in Psychology from the University of Arizona and a Master’s Degree in Social Work with an emphasis in Policy, Administration and Community Development from Arizona State University.

Becca King is the Chief Operating Officer for HOPE, Inc., another nonprofit in the community.  She has over 10 years of experience working in the public behavioral health system in both program and operations roles.  She has extensive leadership experience and knowledge in nonprofit management and healthcare administration, with a passion for advocacy of recovery services in an integrated healthcare system.  Becca is a certified Recovery Support Specialist and facilitator of the training, identifying as a peer and family member in recovery herself.  While working for HOPE, she obtained her Bachelor’s in Psychology and Master’s in Public Administration from the University of Arizona. She remains an active alumna and Wildcat fan! 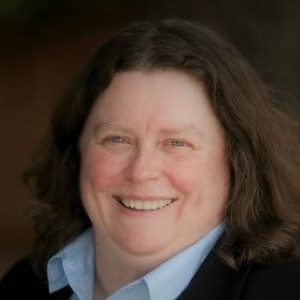 Heather McGovern, MPA is the Epidemiology Program Manager for the Pima County Health Department and identifies as a peer and family member and a proud part of the LGBTQ community. Heather has worked in various leadership roles within the behavioral health field for the last 12 1/2 years. Specifically working for the public behavioral health system has allowed Heather to deal with many non-traditional business situations. She has addressed these situations by utilizing her educational background, a Master’s in Public Administration and her experience in nonprofit management along with a vast network of individuals who work in public and private entities, to gain knowledge and maintain best practices related to employee relations, business operations, finance and management. Heather also has a unique advantage in that she worked her way up at agencies from the ground level. Heather’s career highlights include: 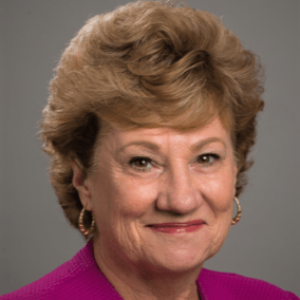 Julie has been in the pharmaceutical industry for 30 years, the last 18 with a focus on psychiatric illness. Her passion to help patients stems from seeing friends and family affected by mental illness and suicide.

Julie has been married for over 30 years and has “an amazing 22 year old son!”  She loves to volunteer and has been involved with 4-H, helped friends start a Horse rescue, and been involved with NAMI for many years. She is dedicated to helping NAMI continue to provide great services for those that need it most! 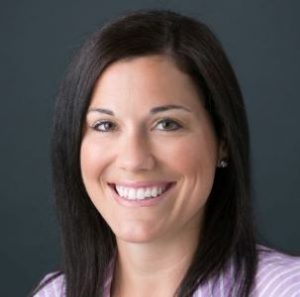 Debbie has been the Pharmacy Director at Sonora Behavioral Health since January 2017.  She is passionate about Mental Illness and looking for ways to "bridge the gap" between inpatient and outpatient resources for patients.  Debbie graduated from the University of Arizona in 2008 with a BA in Spanish Literature and Doctorate of Pharmacy in 2012.  Debbie married her high school sweetheart, Chris, and they are proud parents of twins Hailey & Natalie (5yo) and Abby (2yo).  Debbie is excited to serve on the NAMISA board and advocate for awareness of mental illness. 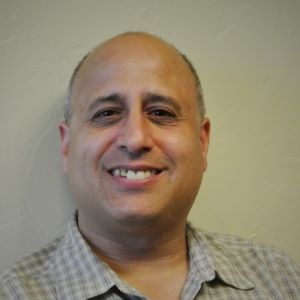 Eric D. Stark is the Community Resources Liaison for Banner University Family Care’s Office of Individual and Family Affairs. He serves as mentor helping members and their families to learn how to more effectively advocate and navigate the behavioral health system. He also helps members find the community resources to help them meet their recovery goals and move forward on their own journey of discovery. Eric came to sunny Arizona by way of the wilds of New Jersey. He holds a law degree from the Dickinson School of Law and is a graduate of the Masters of Social Work program at ASU School of Social Work Tucson Campus. He is a Certified Recovery Support Specialist with over 13 years’ experience working in the behavioral health field including serving as Customer Service Specialist for La Fonterra and a Health Mentor with the University of Arizona’s Camp Wellness and as the Community Outreach Coordinator for HOPE Inc. In addition, he is a public speaker who shares his own inspirational story of overcoming mental health challenges to not only survive but also thrive. In his copious amounts of spare time, Eric enjoys juggling and balloon twisting, though he would prefer to teach others these very learnable skills instead of just being the recipient of praise and accolades.